It was a real pleasure to host a again a team from abroad, specially from England.

It was as well our first home match of Spring 2019, and as well our first match in black and green, as we are not engaged to any competition so far. Indeed, we need to train properly and get new faces to set a competition for regular matches in the future.
The British came with specific costumes, representative any well known character (Freddy Mercury, Neil Armstrong, …), setting already the good spirit before we start.

The first half was pretty balanced, with raining tries from both sides, thanks to incredible speed. The game was very entertaining. Playing with reduce squad 13vs13, due to the lack of players on our side, the line out was reduced too, we one jumper and unfortunately one block for jumping making the contest pretty easy. Scrum was uncontested for safety reason during a friendly match.
The second half was split in 2×20 mn, the warm started finally to heat Spring time and bodies were exhausted with non-stop sprints.
Couple of missing kicks gave opportunities to Salcombe for countering back into wide gates left.

From this incredible friendly match, we would remember the friendly spirit, the wonderful third half at the barbecue after match. As usual, British people in Tour know how to celebrate properly a match and made couple of funny things. But what’s happened at RKB third half stay in RKB.

Thanks all for you participation, we regret from an event set long time ago, without any other fixture on the SK land, suddenly two events were added couple of days before, where we could eventually beg for additional support. My personal feedback on that matter is the calendar is a way unstable.

At RKB training, we get few new faces from Slovakia, were we believe they could reinforce our squad better after couple of months and hopefully next season we could get back to the Slovak league, under certain conditions to set the deal easier for us (players and above all managers). 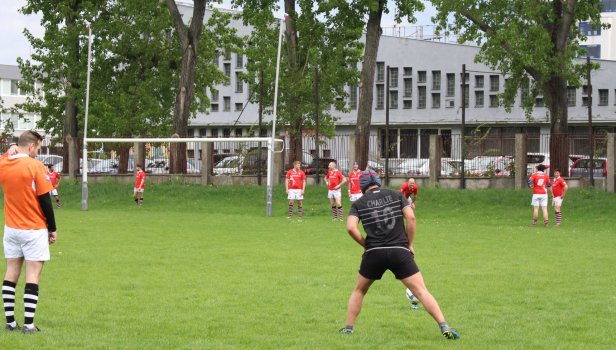