As first revealed by RugbyPass last December – Saracens have confirmed Schalk Burger will leave the club at the end of the season. 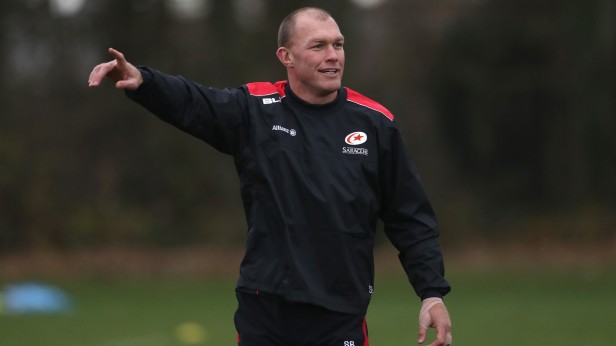 A Rugby World Cup winner and the 2004 World Player of the Year, the 35-year-old Springbok leaves Allianz Park having made a great impact on and off the field.
He has enjoyed success in north London – the 2017 European Champions Cup a particular highlight for the South African – but his want to engage in conversation with the Sarries academy players to further their development has been clear for all to see.

A great man and an ambassador of the sport, Burger will head back to Cape Town when the 2018/19 campaign ends and with him he will take a lot of memories from his time at Saracens which he is extremely grateful for.

“I’m going to leave Saracens a happy man. I’ve made great friends here and that’s pretty much the standout feature,” he said.

“The way we go about enjoying rugby, enjoying spending time together, the trips I’ve had with the team and we’ve won a couple of trophies since I’ve been here too so I have a lot of great memories.

“In rugby you go through phases where you play well and don’t play well, but at the end of the day that’s the by-product. What you care about is the quality of the human and the quality of time we’ve spent together as a club.

Director of Rugby Mark McCall added: “It has been a privilege to have Schalk at Saracens.

“He embodies many of the values we hold dear; competing in every moment, being a great teammate, leaving the club in a better place than you found it.

“We have all learned a great deal from one of rugby’s truly great players. We wish him and his family every success in the future.”

Speaking to RugbyPass in December, Schalk spoke about what the future holds: “Retiring completely is also one of the options. We are moving back to Cape Town and if I do anything else playing wise it would be short-term because something like another Premiership season is a big commitment to make.

Burger also spoke about the player exodus in South Africa.

“The problem for the franchises at home is that you have young players coming through and by the third season they head off to France and there are between 350-400 South African professional players operating outside of the country. Something will have to give in South Africa to change the situation and the current system is under massive pressure.

“It’s not good news for the fans when you lose a lot of Springboks who move abroad. One of the reasons why the crowds are dwindling for Super Rugby games is because there is such a turnover of players in the squads. Fans want to relate to the player and the jersey and here at Saracens there are many players who have played 100 or 200 games for the club and there is a familiarity. This is an issue in South Africa with every squad having six or seven new faces every season.”