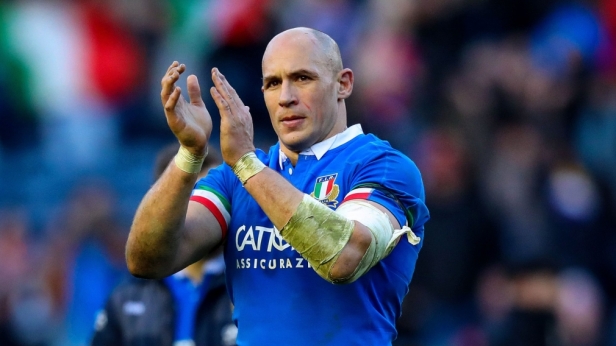 Italy coach Franco Smith has defended his decision to give former captain Sergio Parisse a final farewell cap against England in Rome on March 14 despite the No8 not being used in any other Six Nations match this season.

Smith has replaced Conor O’Shea as Italy head coach and has knowledge of Italian rugby having previously coached in the country and understands the special place former captain Parisse has in the sport having won 142 caps.

Smith insists Parisse will be well prepared for his finale despite not being in the Six Nations squad and is keenly aware that the 36-year-old wanted to retire after the World Cup but was unable to play a farewell match when Italy’s final pool game against New Zealand was cancelled because of Typhoon Hagibis.

Smith said: “Sergio will be involved in the last game with England and he has a lot to contribute. I said to Sergio two days ago not to worry and he doesn’t want to let the team down. I said we would stick to the plan and I will help him settle in and give him the best opportunity to play as well as he can.

“There was a misinterpretation that it will be a goodbye game and that is not the case and the agreement we have is that he is going to contribute one last time. We have turned the page, but he (Parisse) is a player of stature and deserves a send-off, but it is not just a send-off game and we hope he can make a difference and contribute from a leadership point of view and also be the icon we can follow.

“If other players see the send-off that Sergio gets then that will inspire them to be as good as they can be in an Italian jersey as well. He will come into camp when he can but we have also made an agreement with his club in France. He was a leader for Italian rugby for so long that very few leaders were developed and now it is time for a new leadership group and we have identified seven players of which Luca Bigi is the captain. Sergio will come and contribute for old time’s sake.”

Smith is taking inspiration from Japan’s performances at the 2019 Rugby World Cup as he bids to end Italy’s 22 match losing run in the Six Nations championship. Hosts Japan set the World Cup alight with their attacking brand of rugby and Smith, the former Springbok assistant coach, is confident strides made by Italy’s leading domestic teams Zebra and Benetton prove there is talent to deliver a first win since they beat Scotland 22-15 at Murrayfield in 2015.

Smith said: “I want to help the team get to the next level and the game is going to change. Japan helped with the way they went about it ( at the World Cup) saying they couldn’t beat other teams with the way they play and we have to find our own way. I think that will be a point of reference (for us).

“For a long time Italy played in a way to beat teams not necessarily with their own game. The pressure game has been a feature of the last six or seven years and attack is the most difficult area to coach.

“It is important to find our weaknesses and strengths and there is another step forward to be made between the Federation and the two franchises. We can have a chance to work together even during the season with a plan to work with the international players. There are a lot of ideas and having been a franchise coach and know-how this interaction can benefit the players in their preparation.

“We have at least two thirds of the squad playing in Italy through a good relation we can work to a common goal. This is the most important competition I have coached in and it is a great honour and a real privilege.”