Playing 2 times 17 mn with a match every day during this championship, the U18 squad started the first round against Bulgaria. The first half was not very organized from the both sides, but Slovakia put more efforts and energy for getting close to the try zone. Bulgaria was few times in fault, but regarding our lake of experiences, we decided to play with hands instead to choose the penalty goal and collecting an easy 3 points. The second half was enjoyable too and the pressure from the beginning seemed to be released, with a better gameplay from each teams.

Unfortunately, the three big opportunities missed before couldn’t be get back, and we lost against a very fair Bulgarian team. Of course a little be disappointed for letting our opponent  enjoying this victory, rewarded after their unique chance countering a ball kicked inside our try zone, after a scrum in the 5 meters.

Well done boys, you have shown such a nice rugby spirit, and all efforts made the last few months were visible in a very good match. Keep going !

Charlie – assistant coach for Slovakia U18

U18 Slovakia vs Bulgaria – 3-7 Highlights

Full match U18 Slovakia vs Bulgaria

Conference before the match

Inside Slovakia Juniors U18 Andorra March 2016 Warm up

Inside U18 Slovakia vs Bulgaria 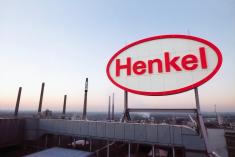