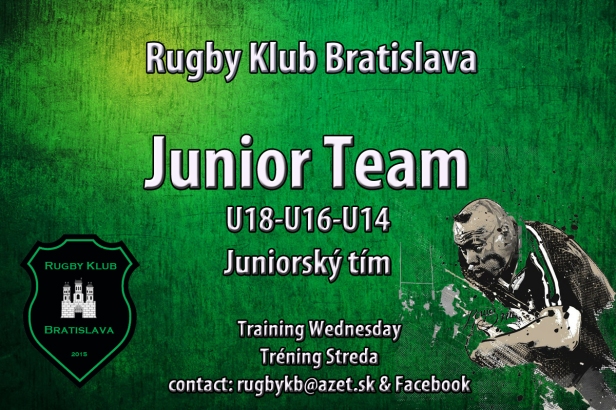 Sun shines on “Bratislava All Blacks”

With the sun shining and 20 degree temperatures, Sunday 8 November was a surprisingly beautiful day.  It was also a momentous day for Rugby Klub Bratislava (RKB), who demonstrated to the Slovakian rugby community just how far they have come in the last 6 months.

Over 20 club members, of all ages, shapes and sizes, gathered at the pitches at Cunovo for an afternoon festival of rugby.  The tone was set by RKB’s coach, Chris, who arrived in full suit and tie, complete with a fresh haircut from his personal stylist.

The first session saw Chris, jacket still on, lead the RKB squad through extensive warm-ups and basic handling drills.  While everyone showed a positive attitude and worked through the drills, you could sense this was just a rehearsal and focus was on the afternoon game.

For the second session, the RKB squad joined with representatives from Piešany and Zilina, including some of the best under 18 rugby players in Slovakia.  The group of over 40 players was split and the forwards worked on the dark arts of scrummaging and line-outs, while the backs improved their speed and handling.  It was a great opportunity for RKB members to learn from one the best coaches (though not the best dressed) in the region.

Finally, it was time for business.  You could feel that the event everyone had come for was the match.  A chance for RKB to demonstrate how far they have come in a real competition: RKB (with a couple of Zilina players) vs. Pieštany.  Pieštany were the favourites being the more established club with bigger players. However, size isn’t everything in rugby and RKB were up for the challenge.  From the fist kick they took the initiative and kept the momentum throughout the first half. Wearing brand new black kit, RKB were looking more and more like the 2015 Rugby World Cup champions, New Zealand, with every play.  A wise kicking game and solid defense pinned the opposition back in their own half.  Strong pressure from the forwards allowed RKB to unleash their backline, full of French flair, and they scored 2 tries.  Half time 12-0.

There was a great atmosphere in the half time huddle, as the RKB squad were filled with confidence. Yet Pieštany weren’t going to give up. They came back at them and managed to score a try in the corner. However, this was all they could manage and at the final whistle RKB were the winners 12-5.  A deserved victory and fine reward for all the hard training.

With the sun setting, the teams then played a controlled mixed game (under 18s vs. the rest) which was conducted it excellent spirit.  It was a fine example of the Slovakian rugby community working together to develop the great game.  Many thanks to everyone who was involved.

Will, Head coach of RKB 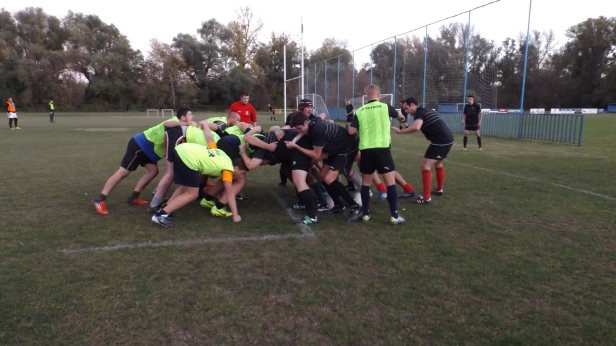